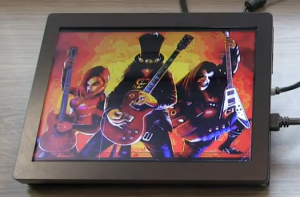 Amazon‘s recent acquisition of Liquavista has engendered speculation about a color Kindle. It also made me go “I told you so”.

There is an oft-repeated but apocryphal story about USPTO Commissioner Henry Ellsworth (some say Charles Duell) suggesting that the Patent Office should be shut down because “everything that can be invented has been invented”. While neither of these men ever made any such claim, a similar sentiment is surprisingly common even among technically literate people.

A while ago, I got into a discussion about emittive (CRT, LED) vs transmittive (LCD) vs reflective (eInk) display technologies. My position was that a) emittive and transmittive displays are stopgap technologies and b) high-resolution, low-latency, full-color reflective displays will be commercially available within a few years. This was immediately dismissed because, and I paraphrase, “there’s no way you’ll get the ink beads to turn fast enough”.

Chew on this for a bit.

Imagine that it’s 1880 and I tell you that “within a few years, it will be possible to travel a hundred kilometers in mere hours”, and you answer “no horse could possibly run that fast”.

Now imagine the same scenario in 1900, when high-end automobiles were capable of sustaining speeds of 50 km/h and above.

In the first scenario, I am looking at experiments and proofs-of-concept and hoping, fingers crossed, that a breakthrough is imminent. In the second, I am extrapolating from currently available technology and recent advances. In the third, I am simply predicting that today’s bleeding-edge technology will soon become widely available and affordable.

When I had that conversation about display technologies, black-and-white electrowetting displays were already in production, and, although I did not know this at the time, Liquavista had started shipping color EWD devkits to OEMs. They are expected to enter production this year.

I told you so.